Have you noticed the amount of dry wall in Menorca ?

Home > Blog > Have you noticed the amount of dry wall in Menorca ?

Did you know that in Menorca there are more than 11,000 kilometers of dry wall?

It is difficult to imagine how much is 11,000 kilometers. To get an idea: we could make a wall from Spain to Japan in a straight line. That's impressive, isn't it?

First of all, for those who don't know about the dry wall, we'll explain it: it's the name given to the walls built with a certain technique in dry, very laborious and precise. "Dry" because no cement is used, stone is built on stone. The result is a perfectly fitted stable wall. Those who build this wall are called margeners of "margin" or paredador of "pared", that means "wall" in spanish and when you look closely at these walls you'll see how complex their structure is.

This technique of dry construction is not a Minorcan invention. This wall without mortar makes up the ethnological heritage of English, French, Greek, Swiss, Slovenian and Spanish. The interesting thing in Menorca is the amount of dry wall that exists and its relationship with the first settlers that inhabited the island.

In "dry" because it is a construction technique that does not use cement. Stone is built on stone​.

The technique is very specific, think that although the wall looks straight, the stones are irregular. At first, they aren't stones cut conscientiously as they can be the blocks of marés, that were extracted of the quarries of the island to build houses, llocs, which are the typical houses of Menorcans countryside, and churches. The stones that are used to build the dry wall, are landslides of the surface layer of the earth, so each one is different in size and shape. Although it's true that sometimes they're polished to get them to fit more accurately.

Who have already visited Menorca will know that the dry wall is one of the main cultural elements that make up the landscape of the island. Look where you look, you can always see this dry wall. As we said at the beginning, the peculiarity of this technique, in Menorca, is its origin and use, which responds to the number of kilometers of wall.

Going back to the arrival of the first inhabitants of Menorca, approximately in the 2,400 b.C, they found an island of stones and wind. Faced such amount of stones, they took advantage of this natural resource to build their watchtowers, houses, cemeteries and temples. This in its origin.

The use given to these constructions has evolved to this day. The heirs of the lands of the island separated their properties with these walls. The pageses, the man who works the Menorcan countryside, took advantage of the piles of stones that accumulated on the margins of the property when they cleared the fields, to raise the walls. With time, the brothers who then inherited these lands, separated their property with a dry wall, leaving the original land divided by the wall once more.

This partly explains the 11,000 kilometers of dry wall of Menorca, but the thing doesn't end there. In addition, there're no shepherds in Menorca. Livestock is controlled by dividing the plots into subplots or tanks, enclosed by acebuche‌ barriers, wild olive trees in spanish. When the food of a plot is finished, the cattle are transferred to the next plot, so that they can graze in a controlled manner but without the supervision of a shepherd.

Dry construction is not a Minorcan invention. The peculiarity in Menorca is its origin and its use, in addition to the number of kilometers on the island of this wall.​

To assess the importance of this traditional technique in Menorca, in October last year was held on the island the XVI International Congress of dry wall, organized by the Archaeological Society Martí i Bella de Ciutadella and the Societe Scientifique internationale pour l'Ètude Pluridisciplinaire of the Pierre Sechè. At this world-wide congress, professionals from different fields, paredadores from all over the world, historians, archaeologists, anthropologists and even architects attend. Undoubtedly, the dry wall is a fundamental element when it comes to knowing Menorcan heritage.

Did you find it interesting? Discover much more about the culture of Menorca on excursion with us. Go back to the main page, choose the day you want and come for a tour with Jeep Safari Menorca. 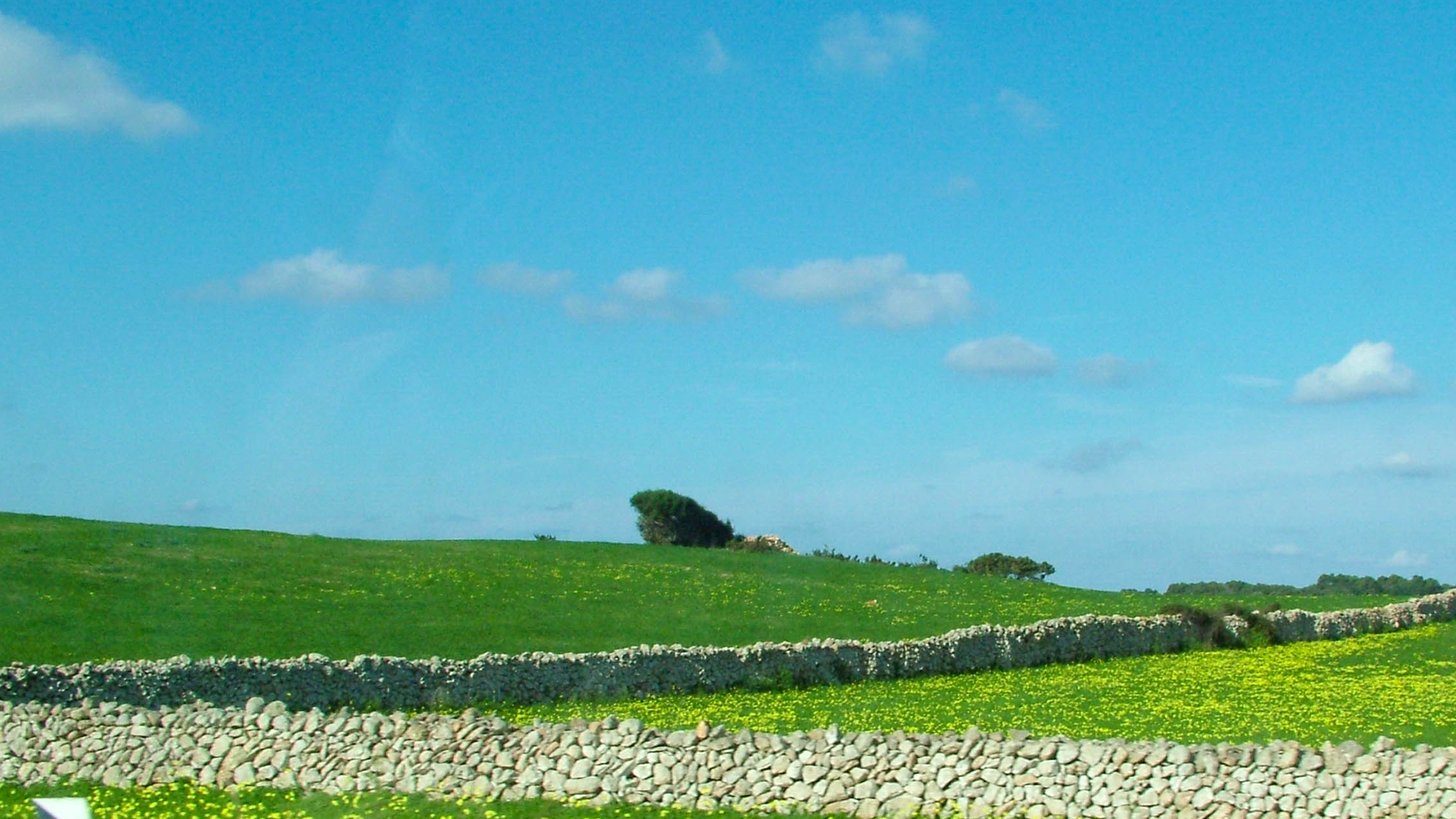