In Spain several generations have been raised eating cheeses from Menorca in their childhood, sure that many adults today still remember with melancholy those little cheeses of childhood.

Milk is one of the oldest foods that exist. It is believed that the human being begins to consume milk since he domesticates the animals. Sheep and cows were the first animals from which milk was obtained and from which they began to consume the derivatives, such as cheese. Legend has it that one hot day in Asia Minor, a shepherd wanted to drink from the milk he had kept in a kind of sack made of kid's stomach. His surprise was that instead of getting milk he found a kind of curd and whey. Apparently the heat and the material of the bag gave the optimal conditions to obtain cheese.

It is not known exactly from what date humans were already eating cheese, but it is believed that in 12,000 BC the men and women of the eastern Mediterranean and then the European continent already domesticated animals, therefore it is very possible that from then milk was consumed. Today the diversity of cheeses is as wide as there are regions in the world. Each place has a different environment and climate conditions that give personality, aroma, flavor and texture to each of the cheeses.

It is believed that in Menorca, in 2000 a.n.e. approximately, the Talayotic people already used pots and ceramic utensils to obtain cheese from the milk of domesticated animals. The first exports of Menorca cheese were made in the thirteenth century, but it was the English in the eighteenth century who made the first large exports of cheese by the Mediterranean. Until the arrival of the English, the cow from which the milk was extracted to produce cheese was that of Menorcan cow or cow rotja. The Menorcan cow is a brown color that looks like a reddish color to the sun. The English introduced the Friesian cow in Menorca in the eighteenth century, the Friesian cow is able to produce between 30 and 40 liters a day in winter, almost twice the Minorcan cow, which translates into more benefits. But before the cows, the cheese that was produced in Menorca was sheep's milk and also used their wool to shear them to make mattresses with it. 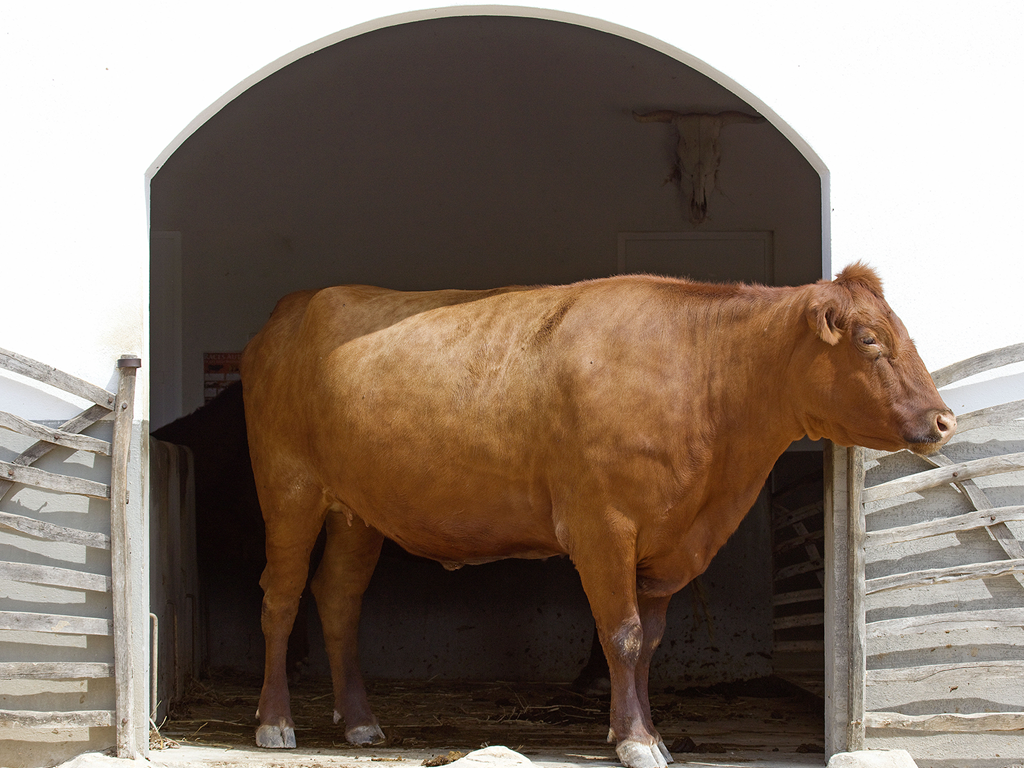 Currently the Tudons farm is one of the few that produces Menorcan cow's milk cheese that is produced on the island, in the rest of the country the Menorcan cow is raised for its meat. There are also mixed milk cheeses, however the protected designation of origin cheese is cow's cheese. The Menorca cheese obtained the Denomination of Origin in 1985 as "Mahón", but in 1997 it was added to the term "Mahón-Menorca". This means that Menorca cheese is recognized and protected by its particularity due to the result of its own geoclimatic conditions, such as temperature, humidity, light and soil nutrients, giving it an intense and unmistakable flavor.

There are three types of Protected Designation of Origin cheeses from Menorca, and they differ by the healing time, which gives them a different appearance, color, hardness, flavor and texture, and everything depends on how long and how heal In Menorca, the form of healing has remained unchanged over the decades, a manual technique transmitted from father to son. Normally the cheese is cured inside some cavas from where the bark is treated in a traditional way. It is a series of turning at the same time that they are greased with oil and sometimes with paprika. Each cheese is dried and turned at least once a month, and the final result depends on the amount of time that this process is repeated, on ripening.

What have you wanted to eat a varied table of Mahón-Menorca cheeses with a good Menorcan wine? Menorca also produces wine.