The coast of Menorca. Rocks in the North, pines in the South

Home > Blog > The coast of Menorca. Rocks in the North, pines in the South

Do you know why the beaches of northern Menorca are different from those of the south?

The landscape of Menorca is surprisingly changing, we find out why.

Normally the northern areas of any part of the world are much greener than the south because it rains more, but the landscape of Menorca does not change because it rains more on one side than on the other. From the eastern tip to the west are 57 kilometers, 44 kilometers of main road and 19 kilometers from north to south, more or less. The truth is that the rain in this almost 20 could be the main factor that explains the difference in the landscape, but Menorca is different even in that.

The causes that explain the diversity of the landscape on an island of 700 square kilometers are diverse, but the main reason is due to the type of stone, the rock of the north is different from that of the south. To understand it quickly we summarize the more than 400 million years of creation of this fascinating island. First of all it is very important to know that the Balearic Islands are not of volcanic origin, except for some islet of sub volcanic origin, but be careful that this does not confuse us. The Balearic Islands are the result of hundreds of millions of years of sediment cementation and tectonic movements. Menorca has not always had the form it has now and was not where it is now, in the middle of the western Mediterranean. More than 400 million years ago, the first materials that formed the island were in the southern hemisphere of the globe and deep below the sea.

If you look at the color of the rocks of the island, you will see that in the North and Northeast we can recognize three different colors, black, red and gray, and in the South, West and Northwest the rocks are white. Different colors that correspond to different geological periods. The difference between colors is due to the fact that each period in which the materials that make up the island today accumulated either come from different places, or else the sedimentation process occurred at different levels above and below sea level. For example, the materials that make up the Red Menorca, came from the surface transport of materials due to the rain action of the island then, what we now call the Dark Menorca. These materials, transported, deposited on the banks of the rivers and cemented, obtained that reddish color by their exposure to oxygen for more than 20,000 million years, they are oxidized materials, rich in iron oxide. 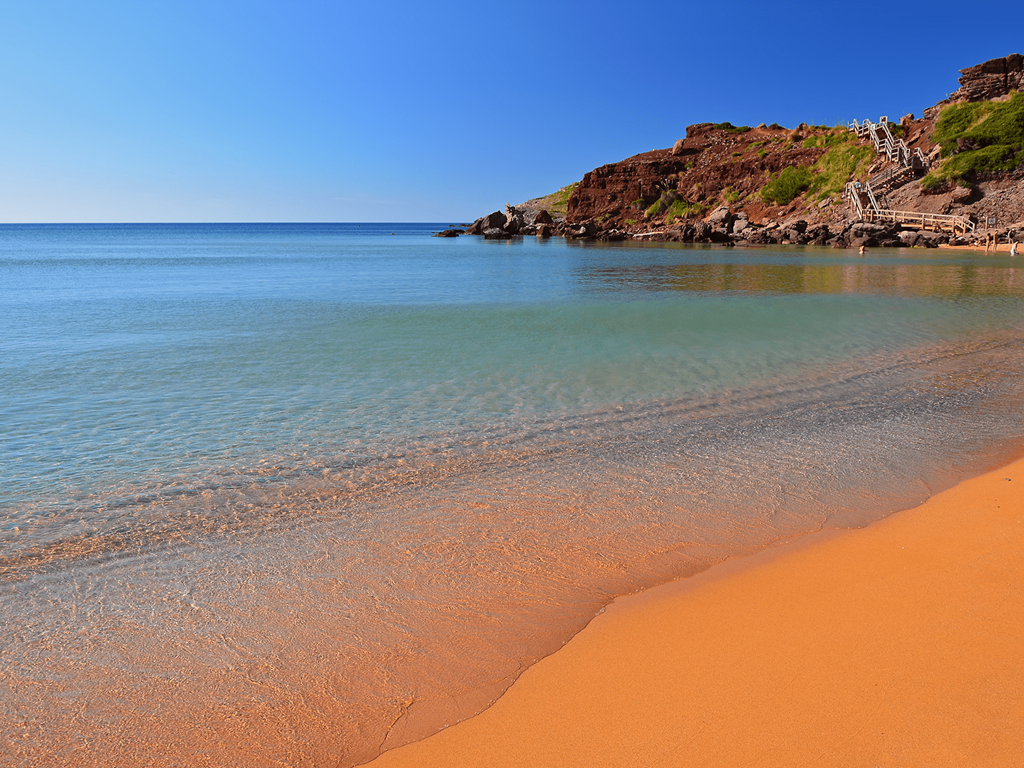 Dark, red and gray rocks are the oldest, hardest and most impermeable materials. The white rock is calcareous, porous and soft, and is known as Marés. It is the young part of the island and is characterized by its composition. The White Menorca sedimentation process lasted approximately 10 million years. During all that time they were sedimentating the contributions of the materials coming from the island of that time (the Dark, Red and Gray Menorca). To these contributions must be added the remains of microorganisms of the extensive marine life that inhabited between the island then and the great coral reef located just under the sea, in front of the South coast. Microorganisms that when died were deposited and cemented with the passage of thousands of years, layer after layer, creating the White Menorca. It is then, 5 million years ago, when Menorca was finally emerged, the rain action and the course of the rivers in search of the sea shaped the valleys and ravines. Forms that the north does not have, because the rock of the north is hard, therefore the south is easier to mold, it is steeper.

From there a series of conditions that add to the landscape diversity of the island. For example, in the ravines of the south there is water, torrents. A torrent is the small version of a river, they are not more than 2 kilometers long so if there is water there is more vegetation and the vegetation is broad, leafy leaves. In addition, these valleys are protected from the famous tramontana wind that blows especially in winter, not only by the force of wind gusts, but also by the salt that carries wind from the sea, which prevents vegetation from growing. The opposite occurs on the north side. There is vegetation but it is rather shrubby removing from some molded olive tree heading North-South. 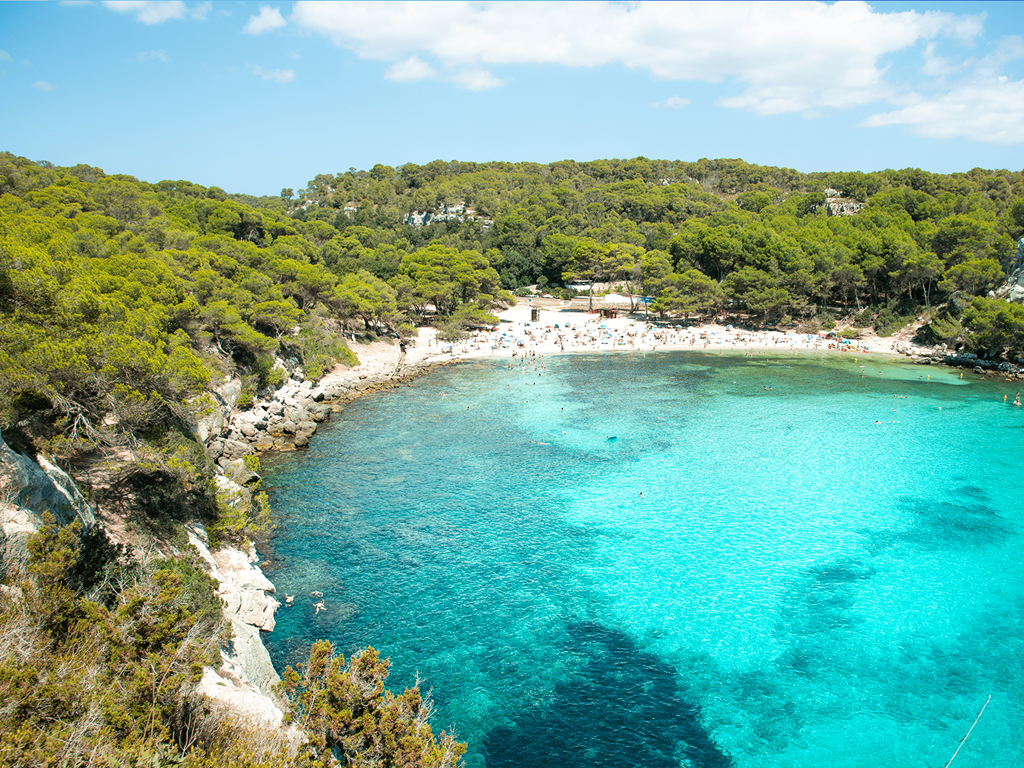 Well, the type of rock not only explains the shape and amount of vegetation on both sides of the island, it also explains that the northern beaches are different from those in the south. The southern beaches are of magazine, of white sand, of intense green pine forests and turquoise waters. The combination of this three elements makes each one of the colors even more vivid, they feed each other. We don't have this picture in the north. Most of the northern beaches are desert, with hardly any vegetation (except for some beaches) and the water looks darker. This does not mean that the north water does not have the same quality as the south sea, or that it is cloudy, the dark color is due to the color of the seabed rocks, different shades in the rocks of which we already know the cause . The photo of the north is different from that of the south, but just as spectacular. The north is arid, rocky, Martian. It has its own charm. That is why we usually choose to go north or south, not only because of the wind direction, but because of the desire to enjoy one landscape or another.

The landscape of the island not only changes from North to South, it also transforms throughout the year. It is amazing how the colors of the island vary between the seasons of the year. From the green of the meadows in the middle of winter, from the first rains of October, the color of the spring flowers to the arid landscape of the pastures in summer, a very characteristic contrast. That's why it's nice to enjoy Menorca and the Mediterranean landscape not only in summer.

On each JSM excursion we travel the South, North and center of the island to discover and understand the diversity of its landscape. Enjoying the natural heritage is one of our strengths.